The Proserpine Complex and the Covid Crisis: an Astro-Psychoanalytic Reading 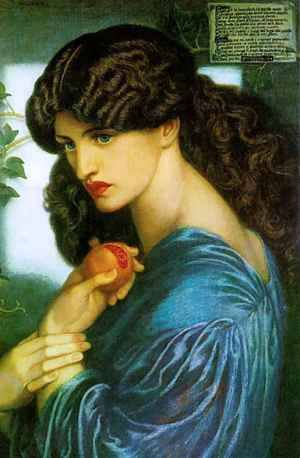 In the Greek myth, Proserpine eats the pomegranate given to her by Pluto, which definitively seals her destiny as a woman and Queen of the underworld.

There is a parallel with the myth of Eve eating the apple.

In the Bible, Eve tempted by the Serpent (the Devil) eats the pomegranate, the fruit of the tree of knowledge of good and bad and thus loses immortality, and must leave paradise. In the Bible it is said that Eve eats the fruit that is called “pomum” in Latin and which has been translated by “apple”. In fact several sources speak of pomegranate, whose Latin name is malum granatum, hence the pun between malum the fruit and malum the evil. Moreover, the apple is called malus communis, hence the confusion.

Eve lived in the Eden and eating pomegranate, led her to the separation from this Eden.

In both cases, Eve and Proserpine lived in a state of heavenly symbiosis and a desire (eating the fruit) separates them from Eden.

In the case of the myth of Proserpine, this primordial separation, followed by her marriage to Pluto, represents the acquisition of new sovereignty and the establishment of a balance between the world of appearance (the surface of the earth, the conscious) and the Chthonian world (the underworld, the unconscious).

As Proserpine becomes Queen, she acquires a maturity. As she lives half under the earth and half on the surface of the earth, she reigns over cycles, which refers to the impermanent nature of things, death is part of life, birth inevitably leads to death.

To eat the pomegranate is to accept to leave the paradise of childhood to enter the adult world, with the awareness of good and bad, work, marriage, sexuality, child birth for women and parenthood.

Dependence and sovereignty are inversely proportional and represent both aspects of the myth of Proserpine and the Garden of Eden.

In Astrology Proserpine represents the transition from childhood to maturity, the dependence to sovereignty, the state of helpless victim to personal power.

Proserpine is the astrological name we gave to Haumea (a nano-planet of very similar characteristics to Pluto), which was discovered in 2004 and that we recently reintegrated it into the astrological pantheon (published in the journal L’Astrologue, No. 199 and 200, 2017).

The emergence of the astrological Proserpine and the current global pandemic is a co-incidence (in the etymological sense).

The global crisis of the Covid brings out and highlights the collective complex of Proserpine, the unconscious identification to the victim dependent on the savior and welfare State, and individually confronts us with the need for maturation and re-ownership of our sovereignty and our individual and collective responsibility.

This sovereignty is declined on the collective (homeland), physical (health), emotional (family), mental (values) and spiritual (religion and sacred) levels.

To honor Proserpine is to reinvest the meaning of sovereignty and this mutation begins individually. 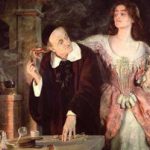