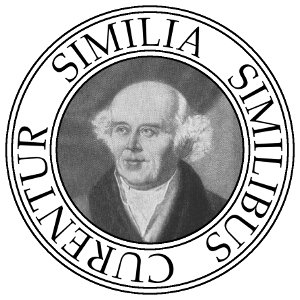 Homeopathy is based on the therapeutic application of the law of similar “similia similibus curentur”.

At the beginning of his practice, the founder had brilliant successes for acute diseases, but since he get improvements in chronic diseases, it was of a short duration, and there was relapses with new and more severe symptoms. Seriously concerned by this  observation, he made a twelve years strategic pause during which he looked deep inside the current medical literature and the anamnesis of his patients.

” Why should this vital force which, aided by the Homoeopathic remedy is sufficient for the restoration of the integrity of the organism, and for the accomplishment of perfect recovery from the most virulent acute diseases, fail to afford any true or lasting benefit in the various chronic diseases, even though aided by the Homoeopathic remedies, best indicated by the existing symptoms. What prevents its action? In order to answer this most natural question, I was compelled to investigate the nature of these chronic diseases” (The life and letters of Dr. Samuel Hahnemann, John Bradford)

We are going to decipher his reasoning and the conclusion he gave brilliantly in his second major opus ‘the chronic diseases’ published for the first time in 1828. This publication would revolutionize the history of homeopathy. He predicted one year before the publication that the announcement of his new discoveries would produce the effect of a bomb among his disciples :  “They will then require more than half a year to recover from the fright and astonishment at the monstrous, unheard of thing, perhaps another half year before they believe it (Life and Letter of Hahnemann, John Bradford)”.

One of the more difficult point to understand in the work of Hahnemann, is the difference he made between chronic psoric and infectious diseases, and how this distinction allows to manage complex cases where different miasma are intricate.

From the beginnings of “chronic diseases” Hahnemann endeavored to clarify the subject of his remarks: chronic non-venereal and, beyond, non-infectious diseases in the broad sense. Why this distinction, we will understand it in the course of the analysis of this work.

Let us begin at the beginning.

“It was a continually repeated fact that the non-venereal chronic diseases, after being time and again removed homoeopathically by the remedies fully proved up to the present time, always returned in
a more or less varied form and with new symptoms, or reappeared annually with an increase of complaints.” (chronic diseases, trad. Tafel, page 5).

“Why, then, cannot this vital force, efficiently affected through Homoeopathic medicine, produce any true and lasting recovery in these chronic maladies even with the aid of the Homoeopathic remedies which best cover their present symptoms; while this same force which is created for the restoration of our organism is nevertheless so indefatigably and successfully active in completing the recovery even in severe acute diseases ? What is there to prevent this ? The answer to this question, which is so natural, inevitably led me to the discovery of the nature of these chronic diseases.”(chronic diseases, trad. Tafel, page 5). 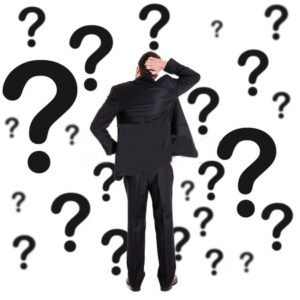 This question therefore tapped the master for twelve years and in this research he differentiated the diseases he called psoric from those he called venereal (in his time syphilis and sycosis), but we shall see that these are actually chronic infectious diseases, as at the end of his life he had added tuberculosis as a non-venereal infectious disease.

It is therefore necessary to understand this differentiation between psora on one side and chronic infectious miasma on the other.

We shall see that what Hahnemann calls psora is far from modern nosological scabies.

What we are going to talk about applies to non-infectious chronic diseases called “psoric”.

First conclusion: a localized disease is only the manifestation of an overall imbalance.

“The Homoeopathic physician with such a chronic (non-venereal) case, yea in all cases of (non-venereal) chronic disease, has not only to combat the disease presented before his eyes, and must not view and treat it as if it were a well-defined disease, to be speedily and permanently destroyed and healed by ordinary homoeopathic remedies, but that he has always to encounter only some separate fragment of a more deep-seated original disease.”(chronic diseases, trad. Tafel, page 5)

A chronic disease affecting an organ should not be considered a localized disease, but rather a local manifestation of an overall disequilibrium of the body. The different symptoms or diseases reaching the same organism and seemingly separated, are in reality only the visible aspects of the same global imbalance. We could say that the deep evil Hahnemann speaks of is an iceberg, whose visible symptoms are several peaks that appear out of the water as separate. The ignorant believes that these symptoms or diseases are separate entities, whereas they are only the visible manifestations of this profound and global imbalance, and he will want to treat them separately. This is what Hahnemann was doing at the beginning of His career, but noticing the failure of this approach, he concluded that the trouble was deeper. 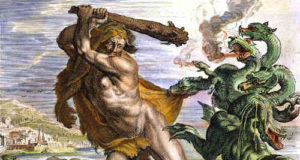 The myth of Hercules and the the Lernaean hydra is a perfect example of this. The the Lernaean hydra was a monster living in a swamp with a dragon body and nine heads, one of which was immortal. As for the other heads, whenever one of them was cut, two grew back. For the second of the Twelve Works, Eurystheus asked Hercules to kill the Hydra. It was only by cutting with a sword the immortal head that Hercules could come to the end of the monster, and burying it alive under a heavy rock, while it was still giving terrible whistles.

Heads that duplicate when they’re cut are the appearance of new symptoms when you “decapitate” a symptom without worrying about the monster itself.

Second conclusion: the only way to treat a chronic disease is to apply a global similar.

At present, no worthy homoeopath would consider treating a chronic disease solely on the basis of the local symptoms of the disease. 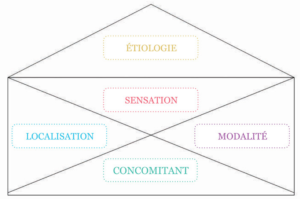 If we take the case of a patient with migraines, to look for a remedy based on a local similarity (the Hering cross: sensation / modalities / localization / concomitants) will at best have only a transient palliative effect and at worst will cause a suppression of the symptom with displacement (homeopathic metastasis) in the opposite direction of the law of Hering and thus aggravation of the ground, for example disappearance of migraines and appearance of asthma or depression.

To treat a chronic case therefore requires to take into account the essence of the hydra and all its pathological manifestations including the physical and psychic aspect.

Third conclusion: the nature of the global imbalance is the psora.

“I called this disease psora so as to give it a general designation. I am convinced that it covers not only most of the many skin diseases but also almost most of all diseases with few exceptions, which can be considered as the products of the multiform psora ” (Life and Letters, Bradford).

Regarding to Hahnemann the psora is a constitutional energy imbalance that represents the predisposition to all non-infectious chronic diseases.

Fourth conclusion: to treat the psora it must be done with anti-psoric remedies (constitutional similar).

If one understands psora as a constitutional energy imbalance, one must apply a global and constitutional similar, that is to say that the remedy must be not only similar to the symptoms of the patient but also to its constitution.

This Site Is Protected By
ShieldPRO →
wpDiscuz
0
0
Would love your thoughts, please comment.x
()
x
| Reply